songwriter, guitarist and one of the treasures of Mali


Celebrated Malian songwriter and guitarist Afel Bocoum  released his long awaited new studio album ‘Lindé’ through World Circuit Records.
Damon Albarn, who acts as executive producer on the record alongside World Circuit’s Nick Gold, shared his thoughts: “Afel’s voice is one of the treasures of Mali, and this record is a gift to us all.”

Named after the wild expanse near Bocoum’s hometown of Niafunké, ‘Lindé’ is a remarkable blend of deep tradition and audacious innovation. The album was recorded in Mali’s capital Bamako, and stitches together the age-old music of the Niger bend with styles from across the globe, boasting performances from a number of eminent Malian musicians including Madou Kouyaté, the late ‘Hama’ Sankaré and Madou Sidiki Diabaté, along with the drums of recently-departed Afrobeat pioneer Tony Allen, the trombone of Vin Gordon (Bob Marley / Skatalites) and the violin of Joan as Police Woman.

Traditional instruments like the ngoni, njurkele, kora and calabash blend with guitars, percussion and call-and-response vocals. The result is a gently undulating flow that emanates from a source hidden deep in the historical and mystical traditions of Bocoum’s native land, enriched along its way by musical tributaries and cross-currents. It’s music that rolls rather than rocks, graceful, unforced and minimal by design.

Hailing from Niafunké in the Timbuktu region of Mali, an area that straddles the cultural riches and political tensions between the northern and southern areas of the country, Afel Bocoum is among the last of a breakthrough generation of African musicians who cross-pollinated their own traditional music with the new sounds that arrived from all over the world throughout the 20th century. Music hasn’t been an easy dream to follow for Afel – most aspiring musicians have to face stiff parental opposition. In Afel Bocoum’s case, this parental disapproval was all the more perplexing, given that his father, Abakina Ousmane Bocoum, aka ‘Kodda’, was one of the most famous njarka players of the twentieth century. But Afel wasn’t deterred – music was all around him, in the holey, or spirit dances, of Songhoy, in the plaintive melodies of Fulani flute, in the gumbé drum sessions with their wild moonlit dancing, in the words of the storytellers and in the hymns of the local Protestant Mission. Music was more than mere entertainment, far more; it taught people about life and the right way to live it. It guaranteed social cohesion and the strength of the collective conscience, especially in a society that was still largely illiterate and devoid of modern media. “There was no radio at the time, no TV, nothing. It was incredible,” Afel remembers. “When you saw someone with a guitar, you followed him everywhere.”

Little wonder that Niafunké’s greatest son, the singer and guitarist Ali Farka Touré, exerted such a powerful hold on the young Afel Bocoum. When he first met him in the late 1960s, Afel was barely a teenager and Ali was already famous. The young Afel hung out with Ali as much as he could, and eventually became a regular member of Asco, the name Ali had given his backing band. Afel toured with Ali and Asco throughout the 1980s and 1990s, and also appeared on Ali’s studio album ‘The Source’.

The idea of releasing his own music arose from a gentle curiosity rather than any self-serving ambition or desire to upstage his mentor. “Everybody seemed to be releasing albums all around me, so it was like, ‘why not?’” he says. Ali Farka Touré promised to talk to Nick Gold, artistic director of World Circuit. ‘Alkibar’ (meaning “The Messengers”) the resulting 1999 debut album, established Afel Bocoum as an international star in his own right. Thanks to the album’s success, Afel was invited to work with Damon Albarn and Toumani Diabaté on the 2002 album ‘Mali Music’. He went on to become a regular contributor to Africa Express and to collaborate with the likes of Béla Fleck, Habib Koité, Tartit Ensemble, Oliver Mutukudzi, and many more. “You have to collaborate, otherwise you’ll get nowhere in today’s world,” Afel says. “All those collaborations were positive.” 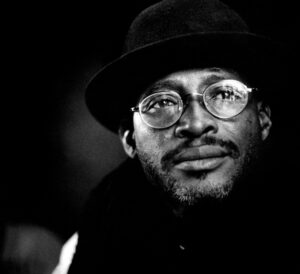 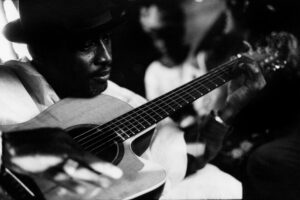