Possessed of a kind of self-awareness and assuredness usually known to those much older, Angel Haze is a poetry-turned-rap act based out of New York. With a raw style that feels distinctly East Coast, Angel Haze uses deep knowledge of the self to channel various personality aspects, being able to be vulnerable for one minute, and aggressive the next.

Born to African/Native American parents, Haze has never been one to shy away from the truths of the world. It bleeds through in every aspect of their creativity. In today’s climate, where Black and Brown people are being harassed and murdered at alarming rates, speaking out against injustice seems like the conventional thing to do. 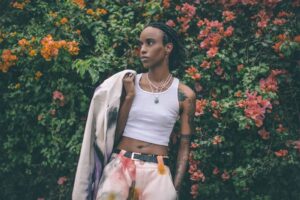