Chris ‘Daddy’ Dave has been around the world, drumming for artists such as D’Angelo, Robert Glasper, Beyoncé, Adele, John Legend, Justin Bieber and many more. Being around since the eighties, the influential drummer from Houston, Texas has the ability to adapt to any musical setting; reinventing, experimenting and innovating drumming to a new level. After years of playing for other artists, he recorded his debut album “Chris Dave and the Drumhedz” which earned a 2019 Grammy nomination for “Best urban contemporary recording”. Early 2021 he released his most recent album “Thine People.”

Whether he is playing jazz, soul, r&b, hip hop or together with his band The Drumhedz, there is no one who plays like Chris Dave. Known for his extremely skilled sticking technique and his ability to play with a high degree of syncopation, it is no surprise that fellow drummer Questlove (The Roots, The Tonight Show) calls him the most dangerous drummer alive. 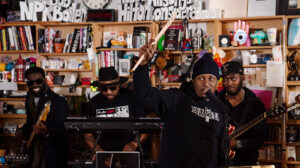 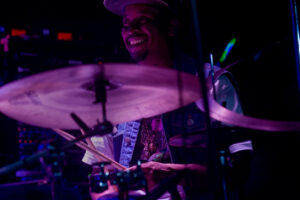