A mix of Colombia and New York, of latin with psy punk, of music and ideology. Combo Chimbita is unique, creating “tropical futurism, cumbia-not-cumbia” and telling stories using multi-media such as projections, costumes and props during their live shows.

Their latest release “Ahomale” (2019) was received with much critical acclaim by NPR, Remezcla and more, released on ANTI records.

Carolina Oliveros, who leads these tropical futurists with mesmerizing contralto vocals, says that she was looking to connect with ancestral cosmology, explaining, “I wanted the album to convey the search for spiritual awareness, which ultimately serves as a revelation.” Joining her on this cosmic journey is Prince of Queens doling out heart-thumping boom and bass, with Niño Lento slaying on guitar and Dilemastronauta keeping it all in rhythmic drum perfection. 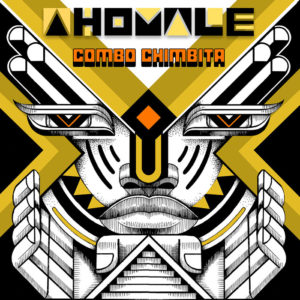