It was during the recording of Dawn Brothers’ song ”Too Many Colors in the Sun” back in 2017 that Pablo van der Poel decided that Bas van Holt and him should get together some time to try and write some songs in the vein of Sam Cooke, Otis Redding, Ray Charles, the Coasters, Clovers and all those other great soul and rhythm & blues artists that started it all: The musical deities that got hips shaking all around the world, the instigators that laid the foundation for basically all music that has inspired us for so many years. In our own bands we have always been trying to build a bridge between ”then” and ”now”, but this time we just wanted to build a time machine that takes you back to the 1960s utilizing the same gear, recording techniques and musical mindset. The two finally got together on April 20th, 2021 and wrote four songs that day: Let Me Tell You, I’m Gone, Alabama Small Town and (Something in my) Pocket. They asked their friends to record the songs the next day. Here were 9 people in one room having the best of times together while recording classic-sounding songs directly to analog tape. Everything was recorded live with horns, backing vocals, percussion and outstanding vocal performances by Bas. The duo decided to turn this into a thing and added four more sessions; a day of writing, one day of recording, and one day of mixing. The full album was recorded live to analog tape with 6 to 11 people together in one room having a ball. And that is exactly what makes the album so much fun to listen to. 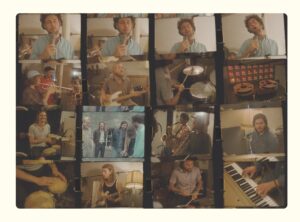 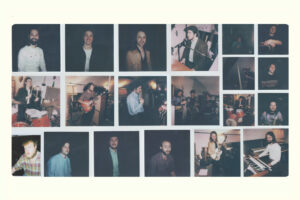