Here’s Fleur! A modern-day yé-yé girl avant la lettre. She has the looks,
the moves and a voice that sounds like a cool breeze on a hot summer day.
She’s Dutch, but sings in French, because “it’s the most beautiful language
in the universe”. A breath of fresh air in today’s musical landscape.
Her first release – the 7”’Mon Ami Martien b/w Mais Vraiment’ – was sold
out within a week and voted ‘#3 Best Single Of 2019’ and her debut
album was voted ‘#6 best album of 2020’ by Shindig! Magazine
(UK).
Despite the pandemic Fleur and her band toured Spain, France,
Germany and The Netherlands.
Her new 7” will be out this summer and her much anticipated second
album is planned for September 2022.
Fleur is NOW and she is in full bloom! Yé-Yé!! Go-Go!! Chapeau! 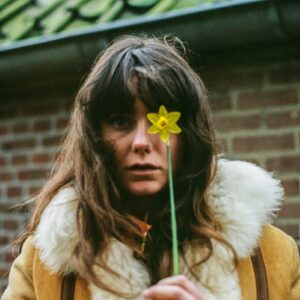