PONZO, Schra’s fifth studio album, which she recorded with Torre Florim (De Staat) at their home, was released in February 2015 and immediately went on to be nominated for an Edison and 3voor12 award, two of the most important Dutch music awards! The single Carry On has been getting a lot of airplay worldwide and Janne has celebrated her successes with a two-piece tour, playing sold-out shows all across the Netherlands.

DE VOLKSKRANT ★★★★ (2015)
“It looks like Schra is a singer who has found her voice: she’s never sounded so at ease, so confident.”

BN DE STEM (2015)
“Janne Schra has guts, she does exactly what her heart tells her to.”

OOR (2015)
“Ponzo delivers a lot of great songs and surprising soundscapes, but still holds a solid profile together. Here, Schra lives up to a whole lot of promise.”

NRC ★★★★★ (2013)
“A breath of fresh air – in mind and heart. A combination of musical growth and self- reflection, expressed principally in more personal lyrics and selecting instruments that best suit her intriguing, rather sensual voice. Schra’s dreamy penchant for nostalgia has remained. Less the loveable girl, with a rawer, mature sound.”

VOGUE (2013)
“Janne Schra sounds more relaxed than ever before. A jazzy, vulnerable album with a generous touch of melancholy.” 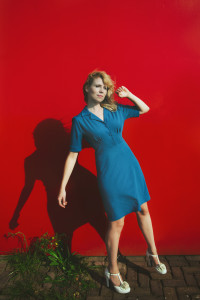