If there‘s one certainty KADAVAR have internalized for eternity, it‘s that success will run like sand through your fingers when you chicken out after suffering a setback. It was in 2013 in the heart of the USA of all places – where the desert sun preserves deeply-furrowed faces and rusty cars in a picture of Wild West-ish glory – that an infernal series of events kicked off which would make even Berlin‘s internationally most acclaimed rock band of today falter. It started with the notorious US-American visa agency complicating the band‘s long-awaited first arrival to the United States. Subsequently, several thousand hard-earned dollars literally went up in smoke as the engine of a 1964 Ford Galaxy, specifically bought for the ‘Come Back Life’ video shoot, burst into flames after only a couple of miles on New Mexico‘s highways in blazing heat. And finally, when the guys had just shaken off California‘s dust from their jeans to seamlessly start into the biggest European tour in band history following their second album »Abra KADAVAR«, their bassist bailed out. Other bands would have packed it all in at this point. KADAVAR didn‘t. From today‘s perspective, one can‘t rejoice enough at this decision, for once you‘re listening to the new tracks of their upcoming third record »Berlin« that‘ll be released on August 21, the temporary rough patch appears to be nothing more than a deep breath right before jumping across the gap. Or a deep drag on a cigarette – unhealthy but shamelessly pleasant. The key to the road out of the crisis: The piece of luck that helped vocalist Lupus Lindemann and drummer Tiger Bartelt complete their lineup again with just one phone call. French-born Simon “Dragon“ Bouteloup, who had previously played in AQUA NEBULA OSCILLATOR (the French combo KADAVAR recorded a split EP with in 2012) and had become a regular on KADAVAR‘s tour bus after moving to Berlin joined the pack. Subsequent to the call, it took the trio only four days to take the dragon to the air. The enormous emotional energy that was unleashed show after show once the rough times were over and done with was witnessed by tens of thousands of fans over the course of the following tour with more than 200 shows in Europe, the US, Latin America and Australia played non-stop in one and a half years. Whether in front of 3,000 sweating Mexican souls, in a remote pub in the Macedonian mountains or facing huge European festival crowds – every single night, KADAVAR performed as furiously as a tremendous tempest hailing down on earth! It was a daredevil, ecstatic time on the road that saw KADAVAR not only cheered on zealously by their friends in THE SWORD and WOLFMOTHER, but also by some of the heroes of their youth such as MONSTER MAGNET‘s Dave Wyndorf and PENTAGRAM‘s Bobby Liebling. It‘s these deeply imprinted, unforgettable memories and impressions of continuous touring one can feel on »Berlin« in every line and every strum. Though recorded live in the studio on the band‘s own analog gear again, it‘s distinctly audible that this time round the record turned out even deeper as far as songwriting and arrangements are concerned – and that Lindemann, Bartelt and Bouteloup have spent more time on the recordings than ever before. Tracks like ‘Filthy Illusion’ and ‘See The World With Your Own Eyes’ knock your socks off with their boisterous energy. ‘The Old Man’ and ‘Last Living Dinosaur’ deliver post-modern madness at its finest. And vocalist Lupus Lindemann provides insights as personal as never before, like in ‘Restless’: “I never stay. I never pray. My life is meant to go along this endless road, it’s winding round and round.“ In 2015, KADAVAR‘s songs have evolved to become the ultimate reanimation of the seething primordial soup rock music has once emerged from. Explaining why the three-piece wanted to memorialize the city of Berlin and their roots in the album title, drummer Tiger states: “We‘re different people from different places but in this city, we‘ve somehow managed to create something we all love.“ Even the bonus track reflects the seriousness of this statement: The epically mystic cover version of ‘Reich der Träume’ by German songstress NICO whose remains lie buried in the capital. It marks KADAVAR‘s first-ever song sung in German. For the restless trio – luckily alive and well – it‘ll be back on the road again shortly after the album release in autumn: The next world tour is calling. 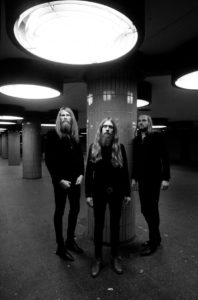 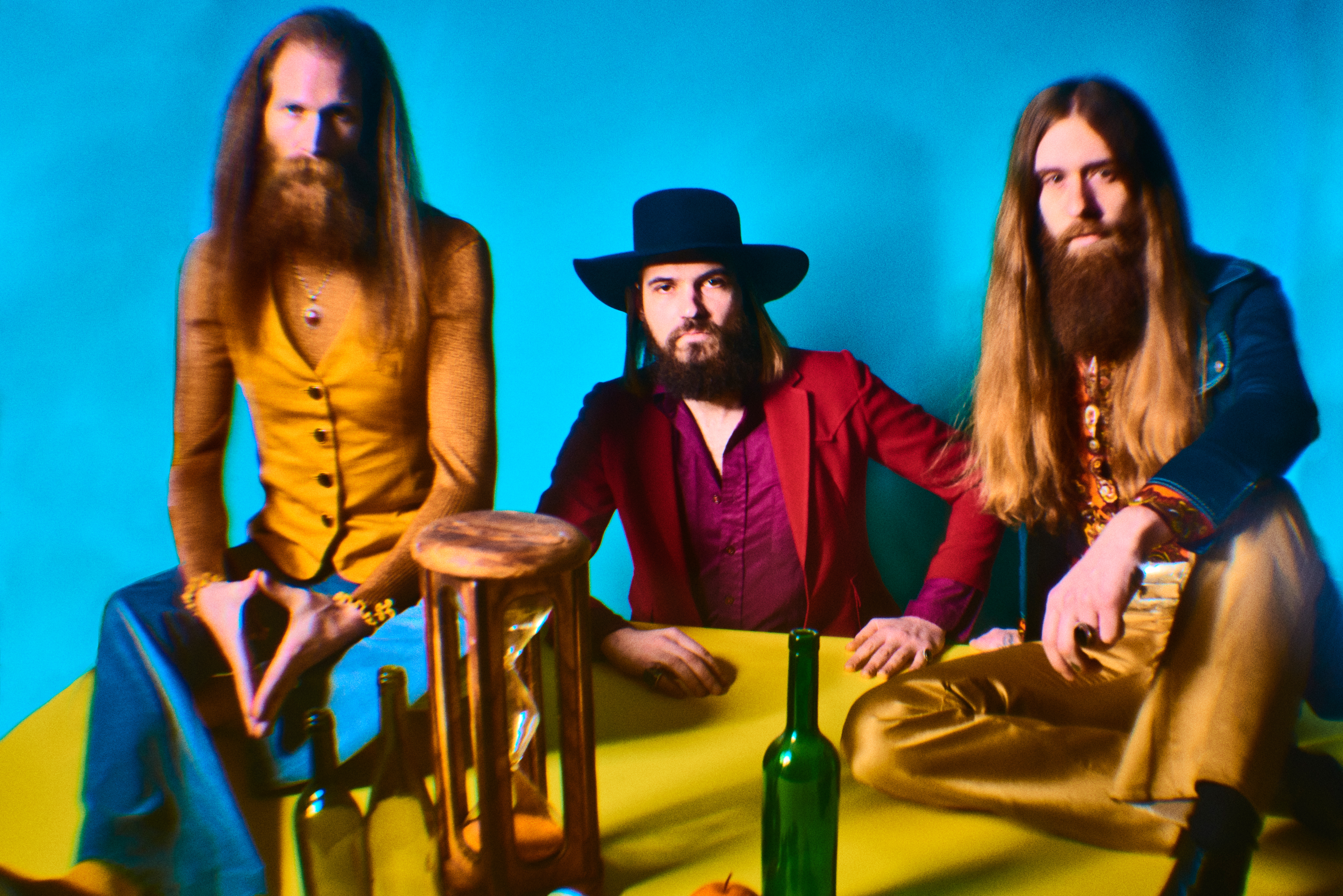