Kim Janssen was born in the Netherlands but raised in Asia, spending most of his childhood in Bangkok and Phnom Penh and his teenage years in Kathmandu.

After the premiere for ‘Bottle Rockets’ by The Line Of Best Fit (UK) and single ‘Gouldians’, Kim’s new album ‘Cousins’ will be released internationally on March 31st on Snowstar Records.
‘Cousins’, is a pop album, swinging in tone from dark to blinding technicolor, with glossy synths, huge orchestral arrangements and Kim’s vocal – at times a Bill Callahan-esque croon, at times a soaring falsetto. Dark strings and steel swells surround hushed ballads and bursts of maximalist pop, as Kim threads memories of Loi Krathong nights, earthquake drills and political turbulence into a domestic landscape of front yards, birthday parties and chinese restaurants.

Filled with idiosyncrasies, triumphs and tragedies, ‘Cousins’, is a personal account, about looking back and growing older, about longing and displacement, spiritual doubt, dedication, and obsession. Recorded across two years and several studios, the album features contributions from Marla Hansen (Sufjan Stevens, The National) and Eiríkur Orri Ólafsson (Sigur Rós) and was mixed by Chris Coady (Beach house, Future Islands) and mastered by Greg Calbi (Blood on the Tracks, Graceland).

This is what the press had to say about his first full band show at showscase festival Eurosonic Noorderslag:
“A grandiose set that the likes of Matt Berninger and Sufjan Stevens would be proud of” – Drowned in Sound 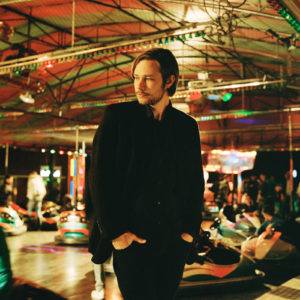