Fresh Armenian folk with a twist

Ladaniva was founded in 2019 by the Armenian singer Jacqueline Baghdasaryan, who was born in Belarus and who arrived in France in 2014. As she attended the Lille Conservatory of Music, she met Louis Thomas, a french multi-instrumentalist: their adventure began. Ladaniva’s repertoire is inspired by, on one hand, traditional songs from Armenia, Russia and the Balkans, and on the other hand, influences from their trips in Latin America, Africa and Reunion Island.

Jacqueline Baghdasaryan was into classical music and later got deeper into jazz music. She has been part of several bands in France and has participated in different music festivals. After her meeting with French trumpet player, multi-instrumentalist Louis Thomas, they have founded the Ladaniva band which immediately became famous in Armenia after the release of the video Vay Aman which went viral had in no time more than 2 million views.

Louis Thomas is coming from a family of musicians, he began to play trumpet at the age of 7. After a jazz course at the conservatory, he traveled with his instruments around Africa and Latin America and got introduced to other musical genres through meetings with traditional musicians. He performed alongside many artists of all genres; jazz, rap, pop and traditional folk music.

Now putting two cultural backgrounds and knowledge of music together Jacqueline and Louis made the creative foundation for Ladaniva! 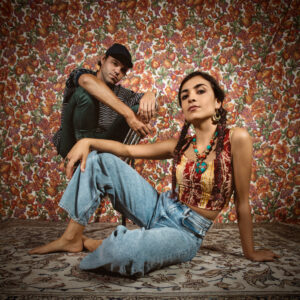 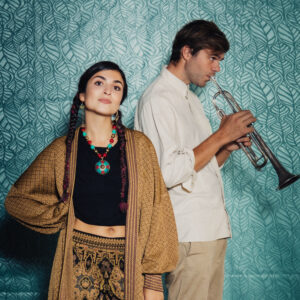