During the 1970’s Ladysmith Black Mambazo established themselves as the most successful singing group in South Africa. In the mid-1980s, Paul Simon visited South Africa and incorporated the group’s rich harmonies into the famous Graceland album (1986) – a landmark recording that was considered seminal in introducing world music to mainstream audiences.
With a deep respect for both their cultural and personal history, Ladysmith Black Mambazo is ever-evolving with an eye toward their long musical legacy.

Over the years, the original members have welcomed a younger generation in their mission, passing along the tradition of storytelling and spreading their message of peace, love, and harmony to millions of people. The newer members, in turn, have infused the group with their youthful energy and the promise of a bright future.
Ladysmith Black Mambazo carries a message of Peace, Love and Harmony as they travel the world year after year. They bring this message, in song and dance, to every theatre, festival or club they perform in. 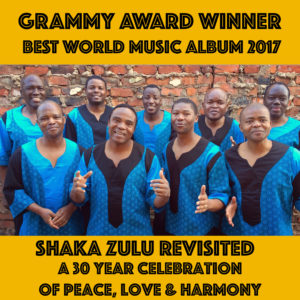 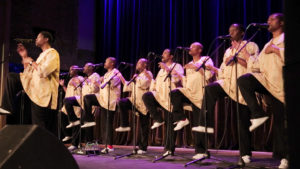 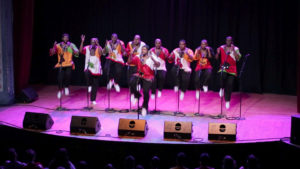