Los Van Van has consistently managed to adapt its style to the times, and remains, after more than 40 years, Cuba’s most popular dance band. Along with pianist Cesar “Pupy” Pedroso, Juan Formell has written some of the most intriguing verses in popular dance music, including stories that run over several albums and, contrary to trends in timba, all types of social commentary. When Cesar “Pupy” Pedroso, their pianist and founding member, left the band in 2002 he founded his own band Pupy y los que son son. Recently director Juan Formell past away, much too young, and left the orchestra in hands of his son Samuel who also plays the drumkit. 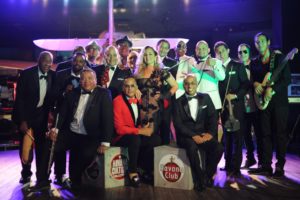