Exploring and expanding the boundaries of their own musical universe

Monomyth: Five Flying Dutchmen who make the most thrilling instrumental soundscapes. Formed in The Hague in 2011, Monomyth are not afraid to push the boundaries of space / stoner rock. After playing festivals like Roadburn and Desertfest, 2019 sees the band starting a new chapter with their fourth album. On Orbis Quadrantis the band delves into unexplored waters, yet their meticulous open-ended psychedelics remain in-between Ariel Pink and Pink Floyd.

“The road we take always remains undefined. We seek out adventures in new sounds and a new approach. In that respect, this album is very different from our previous work, as it’s much more complete sonically. Consider Orbis Quadrantis to be a shell: hold it up to your ear, and you’ll hear the rustling of the sea.” – Monomyth

In September 2013 Monomyth released their untitled first album on Burning World Records. The band switched to Suburban Records where they completed their trilogy with the release of Further (2014) and Exo (2016). Monomyth has toured all over Europe, with festival appearances including Roadburn, Desertfest, Paaspop, Noorderslag and Reeperbahn. At 2016’s Imagine Filmfestival, the band performed a live rescoring during 2014’s 4K restored version of the silent movie and cult-classic Das Cabinet des Dr. Caligari. 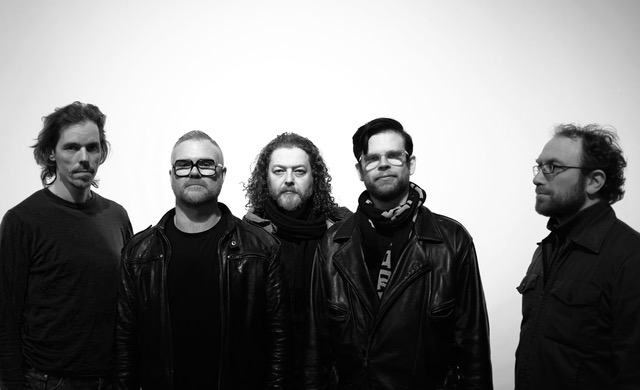