PAX the humanoid is your friendly neighborhood emcee turned towering vocal talent, known foremost as fan favorite frontman for the platinum selling Kyteman Orchestra. Previewing his solo debut album ‘The Humanoid’, he examines the way life’s difficulties make a man. Specifically, the way his epileptic youth made him the artist he is today.

Being bullied in school, learning to cope with epileptic attacks, blacking out in class, isolation, trying and failing to filter the endless daily stream of stimuli; the struggle and willpower to overcome are fueling him to this very day. You hear it resounding in tracks like ‘Love Rocks’ and ‘Leaves’. And you’ll notice the undeniable drive as his experimental hip hop takes the stage. With keyboardist Niels Broos at the helm, a band of four brothers translates his music into a skin-tight, raw thrill ride of a show. 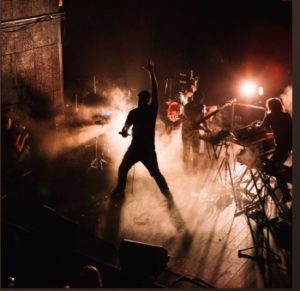