Bassekou Kouyate is one of the true masters of the ngoni, an ancient traditional lute found throughout West Africa, and he has collaborated with many musicians in and outside of Mali, such as Ali Farka Toure, Toumani Diabate, Taj Mahal, Damon Alban, Joachim Kühn.

In 2020 the Songlines magazine awarded Bassekou Kouyate  with  “best artist of the year”.

Besides Ngoni ba, Bassekou Kouyate is also available for projects in the field of jazz, blues & world music. 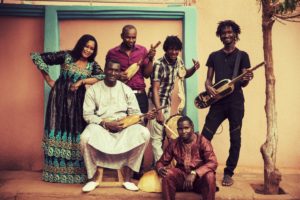