Set to be Africa’s next guitar hero. Often referred to as “The Hendrix of the Sahara”.

Often referred to as “The Hendrix of the Sahara”, Vieux Farka Touré was born in Niafunké, Mali in 1981. He is the son of legendary Malian guitar player Ali Farka Touré, who died in 2006.

In 2013, Vieux Farka Touré’s beautiful and critically acclaimed latest album Mon Pays was released as an homage to his homeland. Being that his native Mali had recently been splintered by territorial fighting between Tuareg and Islamicrebels since January 2012, Mon Pays was devoted to reminding the world about the beauty and culture of his native Mali. Translated as ‘My Country,’ this predominantly acoustic undertaking transformed into an artifact of cultural preservation. Mon Pays has been widely hailed as the most mature and lovely record yet from one of this generation’s most exciting artists to come out of Mali and one of world music’s true rising stars.

“With Samba, Vieux Farka Touré achieves unprecedented artistic depth and range – while he’s been praised for years for his high-energy, rocking performances, his free-spirited energy on-stage has finally been captured on a studio album. The styles on Samba are impressively diverse, covering dance-friendly desert rock, reggae and electric funk to haunting grooves, pulsing acoustic desert blues as well a touch of melancholic beauty.  Samba is to my ear a brilliant culmination of Vieux’s decade-long exploration of different sounds and styles, all masterfully strung together into a album that is at once varied and full of surprises, yet also a clear and cohesive expression of Vieux’s identity as one of Africa’s most vibrant and masterful modern artists.”
(Eric Herman, album producer) 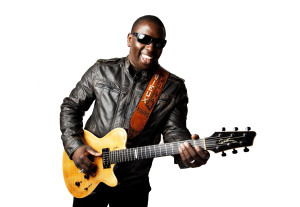